3rd April 2011 – Peter sent photos of Punky being groomed by Mely and some lovely head shots – he’s beginning to mature nicely. Hope his head broadened a little more and that will hopefully change his ‘punk’ hairdo! He looks great anyway – very handsome. 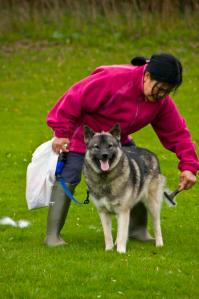 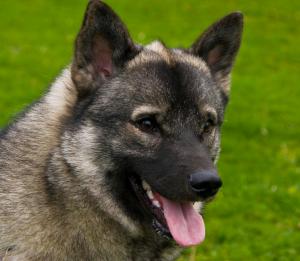 3rd January 2011 – Peter sent the following two photos of Punky. He took Punky out at 01.00 to do his business. However, Punky had other ideas and thought it would be nice to relax in the garden!!

30th December 2010 – Peter wrote: “Punky playing and feeding himself with his “Kong”, now he has found out how to use it, I will need to hide it sometimes.” Yes, Peter, Elkhounds are not always the best judge of how much food to eat and it’s harder to lose excess weight than to put it on – just like humans really!! Love the expressions.

How does it work?

This is a breeze!

22nd December 2010 – Peter wrote “Hi Wendy, Another shot of my Punk Rocker dog showing his unique hairstyle, hope you like it.”

21st December 2010 – Peter wrote “He heard the camera focusing and cocked his head” Sorry I missed this lovely photo in my original update!

Okay, I'll pose for the camera!

8th December 2010 – A lovely shot of Punky received from Peter 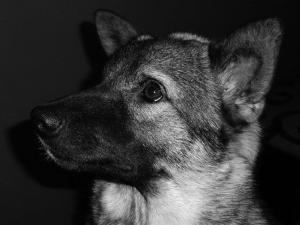 Look into my eyes! 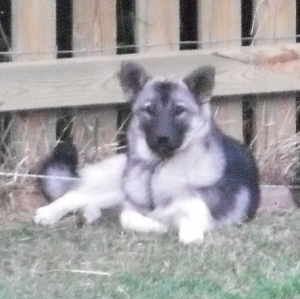 Welcome to my dug-out!

Time to wriggle out!

5th June 2010 – a gloriously hot sunny day and Punky is trying for an ‘all over’ suntan! 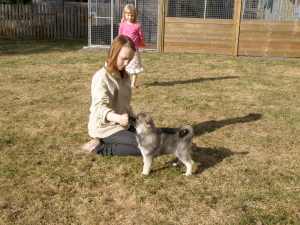